A will prepared by a solicitor has been found to be invalid by the High Court, because of his failure to check that his client had the mental capacity to make a will.

The solicitor, Jonathan Margarson of Cross Ram & Co in Suffolk had prepared a will for Edward Smith in 2006. Mr Smith was 87 years old at the time, unmarried and had no children, and left his estate to his great nephew Gavin Boast.

In February 2012, Mr Smith’s GP recorded that he was living with his nephew Terry and his partner Sila because he was not coping on his own.  The GP described him as ‘increasingly confused, paranoid ideas…lucid but disorientated…[with] fixed ideas about people preventing him having tablets.’ Subsequently he was seen by a psychiatrist who noted that Mr Smith was suffering from paranoid delusions.

After this, Mr Smith called his solicitor, Mr Margarson and explained that he wanted to revoke his Enduring Power of Attorney, by which he had appointed Gavin as his attorney. He also wanted to make a new will in favour of his sisters.

Crucially, Mr Margarson, who was aware that Mr Smith had been diagnosed with dementia, made enquiries of his psychiatrist who, after a further review confirmed that Mr Smith continued to:

The psychiatrist went on to give his expert opinion that Mr Smith did not have the mental capacity to make a will (‘testamentary capacity’) and went further, saying:

“I think it is extremely unlikely that he would ever regain that testamentary capacity.”

The next year, in April 2013 Mr Margarson visited Mr Smith at home, and was told that a doctor had been that day, that Mr Smith had already signed the new will that had been drafted by the solicitor, and it had been witnessed as well.

Rather astonishingly, on being presented with this fait accompli, the solicitor simply accepted Mr Smith’s explanation that he had ‘no mental problems whatsoever’. In his attendance note he expressed the view that “Mr Smith was perfectly able to read and understand what was in front of him”.

Mr Smith died in January 2016 at the age of 97. His great nephew, Gavin Boast challenged the validity of the 2013 will, which purported to revoke the 2006 will made in his favour.

In the High Court case, the judge Master Clark said that the solicitor had failed to take any steps to find out whether his client understood what his estate comprised. The judge also found that Mr Smith had ‘intensely irrational persecutory delusions’ about Sila, which had extended to Gavin  – and that the solicitor should have known about this from correspondence sent to him by his client.

It was held by the judge that Mr Smith lacked capacity in May 2012 and his condition had not improved thereafter. The 2006 will was declared to be Mr Smith’s last valid will.

The solicitor was criticised for not investigating Mr Smith’s paranoid delusions either by asking questions or obtaining a medical opinion. It was clear that he had considered getting a capacity assessment before preparing the 2013 will, but did not ensure that this was done. This criticism is for the solicitor’s failure to follow the so called ‘golden rule’ which is set out in the case of Kenward v Adams in 1975:

‘that the making of a will by an aged or seriously ill testator ought to be witnessed or approved by a medical practitioner who has satisfied himself of the capacity and understanding of the testator’.

The ‘golden rule’ is not, in fact, a rule at all. It is guidance that ought to be followed if the person making the will wants to do what they can to avoid its validity being challenged after their death. It’s not definitive, so a will can still be challenged even if a medical report has been obtained. Conversely, failing to get a medical report doesn’t mean that a will is invalid. 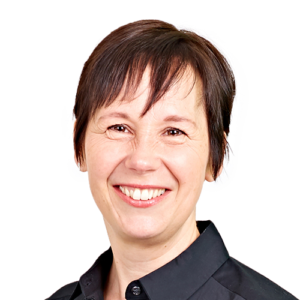