‘You can never challenge a Will’ – Mythbusting this popular assumption

by Ridley&Hall in Inheritance & will disputes, Will Disputes posted July 13, 2022.

A hallmark of English law is that you can leave your estate to whomever you wish, however this freedom is certainly not without its limits. While it is a popular assumption that a will is ‘watertight’ once signed, there are several grounds upon which the validity of wills can be challenged. The most common ways are  by claiming one of the following:

Issues of testamentary capacity; ie whether the person making the will had the mental capacity to do so,  most commonly arise amongst those suffering with dementia. The test  comes from the 1870 case of  Banks v Goodfellow. It sets out that a person making a will has sufficient capacity where they:

Crucially, a person making a will will not have a sufficient level of understanding where a disorder of the mind prevents the ‘exercise of his natural facilities’. Therefore, will writers may be well advised if in doubt about someone’s capacity, to obtain a capacity report from a medical expert, before writing a will to check mental capacity. This is called ‘the golden rule’.

Want of Knowledge and Approval

The person creating the will must have understood what he was signing and its effects. This is of particular concern where, for example, the person making the will  is illiterate.

In the recent case of Reeves v Drew & Ors (2022), the High Court ruled that the will concerning a businessman’s £100m estate was invalid because he neither knew nor approved of its contents. It was found that he was quite far along the spectrum towards total illiteracy, despite having exceptional business acumen.

Therefore, it is essential that measures, , are taken to ensure that a person understands the contents and effects of their will. In the case of someone who doesn’t speak English well or at all, for example, a sensible precaution would be to instruct a translator.

A common scenario is where a relative of the person making the will influences the will-writing process to the extent that the will does not reflect their true intentions. This level of coercion is known as undue influence. To successfully bring this claim, it must be shown that the making of the will was not a free and voluntary action, as summed in Wingrove v Wingrove (1885): “It is only when the will of the person who becomes a testator is coerced into doing that which he or she does not require to do, that is undue influence.”

Wills can also be challenged on the grounds of fraud, the most common allegation of which is that the testator’s signature has been forged. In the absence of a confession, it will be necessary to obtain expert evidence from a handwriting expert, who will look at various examples of the testator’s handwriting to compare with the handwriting and signature on the will. The court will also consider the evidence of those present at the time of the signing of the will (i.e. solicitors and witnesses).

Lack of Due Execution

A claim can be brought on the grounds of lack of due execution where a will is not validly signed. The requirements for ensuring that a will is validly executed (signed) are contained within Section 9 of the Wills Act 1837:

A will is not valid unless the above requirements are not met at the time of executing (i.e. signing) the will.

Successfully bringing a claim on one of the above grounds can invalidate a will. But  – a final point before you consider challenging a will – if it is declared to be invalid the deceased’s estate will pass in accordance with any previous valid will, or under the intestacy rules if there is no other will. It’s important to know who would then benefit, in order to decide whether or not to bring a challenge.

Please contact us on our freephone 0800 8 60 62 65 if you wish to challenge a will or defend a claim. Our experienced litigation team can advise you on the merits of your potential claim/defence. 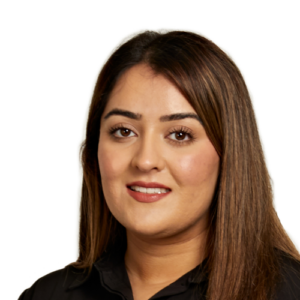