A new report released by the Resolution Foundation think tank, as reported by the Daily Telegraph,  suggests that baby boomer parents, broadly those born between 1946 and 1964, will hand billions to their children before they die.

The Office for National Statistics reports that £9.2 billion of gifts were made in 2007, rising to £12 billion in 2017, virtually a one third increase in ten years.  It is understood that one major component of this is lifetime gifts made by parents to children.

There are a number of reasons why parents may wish to make gifts to their children during their lifetime, rather than in their will on their death.  For example:

Although there may be a lot to recommend lifetime giving by parents to children, solicitors in the Litigation Team at Ridley & Hall also see the darker side of human nature and are concerned that an increase in the size of lifetime gifts may result in a proportionate increase in claims about financial abuse.

Financial abuse is an umbrella term used to describe claims which can be brought to set aside a gift where there was something underhand in the making of it.

It is ultimately a parent’s decision whether to make gifts during their lifetime, but there are circumstances where gifts may appear, on the face of it, to have been made by the parent to the child, when in fact  the “gift” was not a genuine gift at all. Such gifts may be susceptible to challenge.  This can be where monies or property are transferred from a parent to a child :

a) without the parents’ knowledge – in other words – theft

b) with the parents’ knowledge, but the basis of the transfer is not understood by the parent to be a gift, and/or

d) where on the face of it, the gift is freely made but the reality is that the gift is highly suspicious – this may be ‘presumed undue influence’

The above scenarios, and others, may give rise to claims for financial abuse, and it is a reasonable assumption that with the projected increase in money being gifted by parents to children that there will be a proportionate rise in the more underhand dealings that may in turn give rise to financial abuse claims.

A lifetime gift to a child may have been given perfectly legitimately, but either during the parent’s lifetime or upon their death, others concerned about the parent’s circumstances or seeking to benefit from their estate, may spot the payment or transfer and query it, particularly where some of the children have received gifts and others have not.

The question then arises – as a parent – how do we make lifetime gifts to our children without running the risk that it is seen as financial abuse later down the line? The answer is that it is crucial to formally document the arrangements made, and to obtain independent legal advice about the gift.

Whether you need to bring or defend a claim for financial abuse, our specialist litigation solicitors at Ridley & Hall have the expertise to advise you. Alternatively, if you are a parent wishing to make a gift to your child, our Private Client solicitors can assist you to give effect to your wishes, whilst reducing the risk of a future potential financial abuse claim. 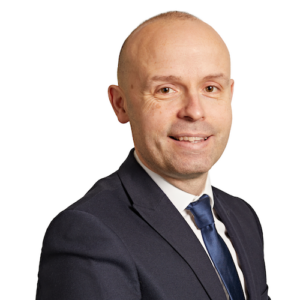