Inheritance Act claims – If you miss the boat, there may not be another!

In the recent case of Wickham v Riley [2020] EWHC 3711 (Fam), the High Court allowed a claimant to issue his claim under the Inheritance (Provision for Family and Dependents) Act 1975 out of time.

I strongly suspect that rather than giving hope to claimants who are out of time, the judgment highlights the importance of several key considerations, not least the need to take prompt and specialist legal advice, but also the need to issue your claim at court within the legal time limit.

The Inheritance (Provision for Family and Dependents) Act 1975 provides a potential lifeline to certain classes of individuals and relatives of a deceased person, to make a claim for financial provision from that person’s estate, where that person’s will (or their failure to make a will) results in no financial provision for the relative concerned. A crucial component of these claims is that the claimant is in financial need.

In the case of Wickham v Riley, the claimant in question was, at the time of his father’s death in 2014, a child. The proceedings continued into his early adulthood, but even as an adult child, he remained vulnerable and in considerable financial need, not least because was in receipt of benefits, but also because he had not obtained key GCSEs and his future prospects of employment were uncertain.

With the settlement of his claim for around £100,000 looking probable, the claimant surprisingly took steps to withdraw his claim, but after a change of heart, asked the court to allow him permission to continue it. There were a number of technical questions for Mr Justice Williams to decide in that case, including whether or not the claimant had the mental capacity to withdraw his claim in the first place without the involvement of his Litigation Friend, whether he could then re-issue his claim at court and, whether he was allowed to do so outside of the time limit, which in cases like this, is only 6 months from the date that the Grant of Representation is taken out.

Mr Justice Williams ultimately decided that the claimant’s decision to discontinue his claim was effective, but he was allowed to re-issue his claim outside of the 6 month time limit.

Judges have complete discretion to decide whether to allow a claimant to bring a late Inheritance Act claim, and in order to come to a fair and just decision, it is important that they take account of all relevant circumstances. In this case, some of the key considerations were:

So whether or not an Inheritance Act claim can be brought out of time will depend on the specific circumstances of each case and such applications are not without risk – in this case the claimant was not ordered to pay the legal costs of the estate and of the defendants arising out of his decision to withdraw his claim, and this appears to be on the basis that he did not have the financial resources to pay and to make him would have effectively prevented him from proceeding.

The claimant was fortunate in this case, but it has yet to be seen whether his sister, who also discontinued her claim but did not formally apply to reinstate it, will be equally successful as her circumstances and those surrounding her decision will be different.

There have been a number of cases in 2019 and 2020 where the court has been faced with Inheritance Act claims that were out of time and it can be possible to still pursue a claim in certain very limited circumstances, but that it’s by no means certain.  Although in my opinion this case does give some hope to potential claimants who may have missed the boat, the risk, uncertainty and costs associated with attempting to catch another may be too much for some to bear and it is far better to assess the merits of your claim and to ensure you have issued proceedings in advance of the 6 month deadline.

You can search to see whether a Grant of Probate has been issued and download a copy of a Grant for a modest fee. My advice is to take legal advice as soon as possible. 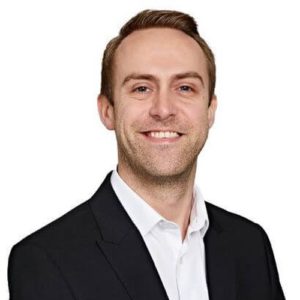