by Ridley&Hall in Emma Hopkins Jones, Family & Matrimonial posted May 31, 2022.

As the country gets set to celebrate the Queen’s Jubilee, Emma Hopkins Jones, Partner and Head of Family in Leeds, looks back over how divorce law and attitudes to divorce have changed during the 70 year reign of Her Majesty Queen Elizabeth II.

In 1952 when Queen Elizabeth was coronated, divorce law was regulated by the Matrimonial Causes Act 1937.  This had extended the grounds for divorce beyond adultery for the first time to include 2 years desertion, cruelty and insanity.

In the 1950s there was still a significant social stigma attached to divorce.  The constitutional crisis involving King Edward VIII and Wallace Simpson, had abruptly brought into focus a number of issues relating to divorce and highlighted the stark reality that although divorce had become more acceptable in society, it was still unthinkable that the King of England should marry a divorcee.  Divorce was still too scandalous to be permitted to stray into the Royal Family.  One MP observed at the time that “a thousand years hence, perhaps we shall be liberal enough to allow such a thing, but it is too early now”.

In the 1960s, the case of Argyll v Argyll, turned out to be the scandal of the decade.  The Duke of Argyll stole polarised photographs from his wife’s desk drawer and submitted them to the Edinburgh Divorce Court, as evidence of her adultery, along with her lurid diary.  He listed her 88 lovers, whom included two Cabinet Ministers, three Hollywood stars and three Royals.

The swinging 1960s brought more liberal social attitudes, which many believe is as a result of the disruption and social change generated by the second world war, and the arrival of the contraceptive pill.  Social change led to the Church Commission recommending in 1966 that divorce should be allowed when a marriage had broken down.  This was a startling change in attitude by the Church of England, which had historically opposed divorce.  That laid the basis for the ground-breaking Divorce Reform Act 1969, which introduced the concept of “irretrievable breakdown”.

That meant that divorce could be granted where the marriage had broken down beyond repair, rather than only where there had been some “marital offence”.  In addition to adultery, desertion and unreasonable behaviour, 5 years separation and 2 years separation with consent, could now be used to evidence marriage breakdown.  This allowed people to divorce with less stigma and pain than before and led to a huge splurge in divorces.  The divorce rate doubled between 1960 and 1970 and reached a peak in 2003, when over 150,000 divorces were granted.

Since that time, divorce rates have fallen, largely because simultaneously there has been a reduction in people getting married, frequently cohabiting instead.

The Civil Partnership Act 2005 allowed for same sex couples to formalise their relationships for the first time with a legal ceremony, creating the same rights and obligations as for married couples and later the Marriage (Same Sex Couples) Act 2013 extended marriage to same sex couples. In 2019 civil partnerships were extended to opposite sex couples, meaning that all couples now have the choice to formalise their relationship by either marriage or civil partnership.

The 1969 Act remained in force as the underlying basis for divorce law, as part of the consolidating Matrimonial Causes Act 1973, until this year when the Divorce, Dissolution & Separation Act 2021 came into force.  There have been a number of Royal divorces during that time, and of course the current air to the throne, Prince Charles, famously divorced from Princess Diana and has remarried.  This would have been unthinkable when Queen Elizabeth II took the throne.

The Divorce, Dissolution & Separation Act 2021 has swept away the concept of blame upon divorce or dissolution, removing the requirement to rely on any of the five facts of adultery, desertion, unreasonable behaviour, 5 years separation and 2 years separation with consent.  Under the new procedure, which came into force on 6 April 2022, the language in connection with the divorce process has been modernised and the Applicant for a Divorce Order must only give notice that they believe that the marriage has irretrievably broken down.  Joint applications for a Divorce Order can now be made.

Campaigners for reform of divorce laws had long argued that the requirement to allocate blame on divorce is outdated, doesn’t reflect the fact that separation and the decision to divorce is often a mutual one and the need to allocate blame creates difficulties, making the prospect of an amicable and sensible resolution of financial and children matters relating to the breakdown of the relationship much more difficult to resolve.

Society and the divorce laws have certainly come a long way since the start of Queen Elizabeth II’s reign!  For campaigners of law reform, the next focus is the rights of cohabiting partners, and the children of those relationships.

For advice and assistance in relation to divorce, dissolution or any other family matter, contact a member of our Family Team on our freephone 0800 860 62 65. 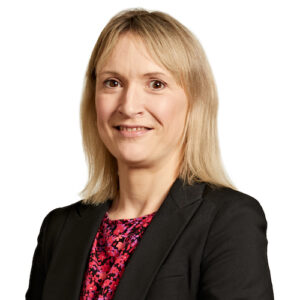