No fault divorce is coming shortly

No fault divorce comes into effect on 6 April 2022 in England and Wales.

Previously, divorces had to be on the basis of one parties’ adultery or unreasonable behaviour (or after a minimum period of separation of 2 years) and that meant that blame had to be put on one party to the marriage .

All of this has been swept away.

Spouses will now simply have to prove that the marriage has broken down.  They won’t have to say that the other party is at fault.

We see this as a positive change as the current system can add to the stress of a marriage breakdown. These stresses about the reason for the divorce can then affect parties’ attitudes to negotiations with regard to their children and where they should live and the extent of time spent with the other parent and also in relation to making it harder for parties to reach a compromise with regard to dividing their assets.

How will the new system work?

The detail is set out in the Divorce, Dissolution and Separation Act 2020.  Whilst you can apply jointly with your spouse for a divorce, you don’t have to, you can make the application alone.

Once Proceedings have been issued, there is a big difference in that it will now be very difficult to challenge a divorce – the only challenge you can mount is on the basis that the English/Welsh Courts don’t have jurisdiction to deal with the case (and that is the case under the current Law as well).  For most people residing in the England, they will have jurisdiction.  The other challenge would be on the basis of a challenge to the validity of the marriage itself which is extremely rare.

Currently, if there are no delays, divorce is generally taking a little less time than this.

Whilst it may take a little longer however, there are clear advantages in terms of no fault potentially taking the heat out of the situation and also ensuring that those who are firmly of the view that the marriage is over can have a divorce without having to prove various issues such as adultery or unreasonable behaviour which may have been difficult to prove previously.

Why use a Solicitor?

There will still potentially be hidden pitfalls with regard to no fault divorce.  It is really important that the application you make doesn’t prevent you from making financial claims at some point in the future.  Also, we can help take away the pain of having to deal with divorce.  It is a really difficult time for you and letting us deal with this will help you focus on what’s important to you.

What does it cost?

The court fee is exactly the same, and you can discuss a fixed fee with us when you ring to instruct. 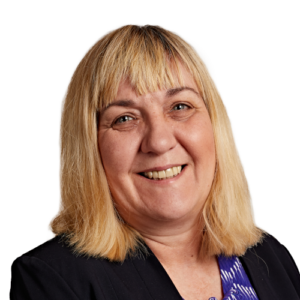