Will Dispute win for Son against Will ‘engineered’ by his Sister

by Ridley&Hall in Inheritance & will disputes, Sarah Young posted February 10, 2022.

A High Court judgment in a will dispute case illustrates the lengths some people will go to in order to inherit huge sums of money.

Bill Reeves was successful in a claim against his sister Louise in a legal battle where judgement was handed down on 31st January 2022. The judge, Mr Justice Michael Green found that Bill’s property tycoon father, Kevin Reeves who died in 2019 made a will in 2014 which was not valid.

It was reported that Louise – who Bill said ‘likes money’ and is drawn to ‘flash things’ – was behind their father’s ‘inexplicable’ decision to almost completely disinherit him.

He told the court that he enjoyed a great relationship with his father, even offering to donate a lung to him when he was ill.

Bill’s case was that it made no sense for Kevin, for whom ‘blood was thicker than water’ to change his will so drastically to cut him out. He argued that Louise had a financial motivation for influencing her father to change his will. It was said by his barrister Constance McDonnell that:

“ …Quite simply, she enjoys wealth and the trappings of wealth and power.”

Accusing Louise of exercising ‘undue influence’ over her father, Ms McDonnell said she had shown herself in the witness box to be a ‘capable manipulator‘ with a ‘ruthless streak.‘

Undue influence is a difficult legal argument to prove in cases about will validity, requiring evidence that the person making the will was coerced and had no choice. An alternative argument which is often put forward, as in this case, is ‘want of knowledge and approval’ and it was ultimately this argument which succeeded. The background for this finding was that Kevin Reeves was illiterate.  The court was told that he could ‘barely read’ and he had spelled his other daughter Lisa’s name incorrectly in three different ways on one document. He couldn’t spell his own address and struggled even to copy letters and words from printed texts.

The judge was concerned that Louise had been involved in almost all of her father’s dealings with his solicitor and was entrusted to confirm to him that her father approved of its contents once the will was drawn up.

The judge specifically drew attention to the need for the solicitor preparing the will to confirm that Kevin Reeves really did want to change his will so drastically:

‘The fact that all the arrangements for and dealings with the deceased were through Louise, except for the 11 December 2013 meeting, should have meant that Mr Curnock [the solicitor] got specific confirmation from the deceased that those were his true instructions.’

The judge went on to say of Louise:

‘She knew full well what was in her father’s will and she likely engineered it so that she would get the bulk of his estate.

‘She had a good relationship with Bill at the time and indeed throughout until this dispute arose, and if this was a decision made by her father on his own, which she found out about shortly after the will was executed, she would have been likely to discuss it with Bill, particularly if she believed, as she said she did, that the deceased had told Bill.

‘But there was no such discussion and that lends weight to the view that Louise knew that it had to be kept quiet.

‘If Louise orchestrated the preparation and execution of the 2014 will in her favour, she must have calculated that the risk of the deceased actually being able to read the 2014 will for himself to be very small.

‘She would have known that the deceased would have relied on her and Mr Curnock faithfully to record his testamentary instructions in the 2014 will.

‘That is why it was so important for her to have stated in her email of 20 December 2013 to Mr Curnock that ‘Dad has browsed over drafts and they seem fine’.

‘That is the only record of the deceased having read the draft 2014 will and it would indicate to Mr Curnock both that the deceased could read and that he was happy with the draft will.

‘Mr Curnock should obviously not have accepted Louise’s word on that.

‘If it is the case that the deceased could not have read the 2014 will for himself, then Louise’s email was deliberately false and may have misled Mr Curnock into thinking that the deceased was able to and did read the draft will.’

So, because Louise was not able to prove that her father knew and approved the contents of the 2014 will, it was found to be invalid.  She will now face an enormous legal bill and the knowledge that her machinations have been very publicly exposed. As a result of the judgement, Bill will now inherit around £27m left to him under his father’s 2012 will, rather than the £200,000 of possessions that had been left to him in the invalid 2014 will.

For anyone considering entering into a will dispute it’s vital that you put emotion to one side as much as you are able to and gather and assess the relevant evidence as quickly as possible. This way, a strong claim can be settled out of court and a weak one disposed of before the emotional and financial costs spiral out of control. Please visit our website for practical guidance about contentious probate. 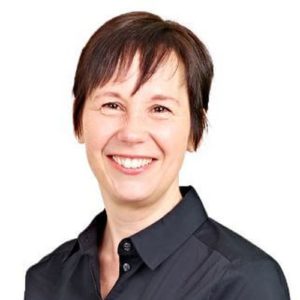