Proposed Cap on Care Costs: what you need to know

What are the government’s proposed changes?

Those who follow social care developments will be experiencing deja vu, following the Government’s previous plan to introduce a cap on care costs with effect from April 2016; which never came to pass and proved to be a source of controversy and debate.

Current changes are scheduled to arrive in October 2023 and the proposals include a new £86,000 cap on the amount anyone in England will need to spend on their personal care. It has also been proposed that the upper capital limit; currently £23,250, will increase to £100,000.

How will it work?

The Government has proposed to introduce a new cap of £86,000 on the amount that people will have to pay for their personal care. Local authorities will pay for care beyond the cap. Some people will be able to claim means-tested payments from the local authority to help towards the cost of care if their assets are below £100,000.

It is important to note that not all of the costs you have to pay will count towards the £86,000 cap, so you won’t reach it as quickly as you might think. Only the cost of your “assessed care and support needs” will count.

For instance, if you reside in a care home, then although you will have a set weekly charge which includes all your care and accommodation, only the cost of your care itself will go towards the cap. Care homes don’t often breakdown their charges, so to avoid the problem of trying to do so, the government is saying that daily living costs will be set at a national level of £200 a week. These daily living costs are not the same as the cost of your care and will not count towards the cap and everyone will have to pay for that separately, whether you’ve hit the cap or not.

Those with assets under £20,000 won’t have to contribute to their care costs., so the “lower capital limit” has been raised from £14,250, which means that people will only contribute what they can from income and not from their assets sooner than under the current rules.

Will your home count towards your assets?

Whether you may have to sell your home in order to fund your care is one at the forefront of everybody’s minds. The Conservative Party said that “nobody needing care should be forced to sell their home to pay for it”. Not being forced to is one thing, but under the current rules, many have little choice and even if a deferred payment agreement is put in place, the house will usually need to be sold to repay the local authority after you have died. It has long been the case that if your spouse is still living in the family home then the care home resident’s capital interest in it should be disregarded by the local authority.

Who will actually benefit and how?

The Government’s proposed changes have been criticised, particularly by economist Sir Andrew Dilnot, who has explained that those with less valuable homes who require significant care will be “much less protected against catastrophic risk and the sale of their house if this amendment is made, than without it.”

This is because people who have smaller assets will end up using a much higher proportion of their wealth than those with substantial assets, because the means tested assistance they receive from the local authority based on their capital being below £100,000 will not count towards the cap.

Many people will be pleased to know that they are likely to retain more of their hard-earned wealth. The beneficiaries of your estate on your death may also have reason to be optimistic. However, the cost of care is only on the increase and the additional cost to local authorities will need to come from somewhere.

The government has also confirmed that the cap will not apply retrospectively, and local authorities will need to contact individuals to commence the process of recording what they are paying, so that progress towards the cap can be monitored. This sounds like even more work for local authorities and will no doubt leave a sour taste in the mouths of those who have already been funding their care for some time. 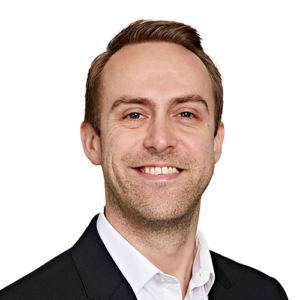